One Maidstone lets secret slip about lights switch on!

Despite current circumstances, Maidstone town centre will still have Christmas lights displayed from November 2020, and will celebrate with an alternative online project, thanks to the One Maidstone Business Improvement District.

Determined not to let the occasion go unmarked, One Maidstone is announcing the Secret Switch On, a pre-recorded and socially distanced concert film, available to watch for free online from Thursday November 19th, the evening the lights switch on event would have traditionally taken place, and on catch up at any time, via www.onemaidstone.com, Youtube and social media.

Performances from local singers and dancers will be filmed in high profile venues around the town centre, out of hours and without an audience, to be combined to create an evening of entertainment. Already lined up to take part are organisations such as Fremlin Walk, the Mall shopping centre, the Royal Star Arcade, Maidstone Dance Studios, Enchanted Events 4 Kids, Mid Kent College, the Maidstone Distillery and other Maidstone-based talent and spaces, as well as a signed performance by Hi-Kent.

Town centre businesses will be represented with segments about their own Christmas plans and window displays, and festive messages from traders, and local charities such as MMK Mind and Inspired Friendships will discuss help and support available around the Christmas period.

BID Manager Ilsa Butler says ‘Whilst we’re obviously disappointed to not be able to put on a live show this year, there will still be a lights scheme installed, and we hope we’ve found a way for the residents to watch along and enjoy the evening. This format is actually more inclusive for those who may otherwise be unable to attend an open air switch on, and we hope that viewers all over Maidstone will join us from the comfort of their own homes, at a time that is convenient for them. It also gives us the opportunity to include, feature and promote a larger number of the town centre businesses we represent.’

A spokesperson for the Royal Star Arcade said of their involvement, ‘We are proud to serve the Maidstone community and we’re thrilled to have the opportunity to host part of the One Maidstone Secret Switch On event. There has not been a lot to smile about of late, but we hope the people of Maidstone enjoy the performance!’

Due to adapted working measures by lights contractor Gala Lights, it has been requested that sections of lights be turned on as they are installed, rather than simultaneously at one countdown moment, a precaution One Maidstone are happy to abide by.

The One Maidstone Business Improvement District took on provision of Christmas lights installation and accompanying switch on event for the first time in 2019, after Maidstone Borough Council were unable to put on the event in 2018. The reinstated event in Jubilee Square was attended by an estimated 4-5k people.

Maidstone performers of assorted disciplines, businesses and charities who would like to enquire about being involved are encouraged to contact sarah-jane.adams@onemaidstone.com asap for more details. 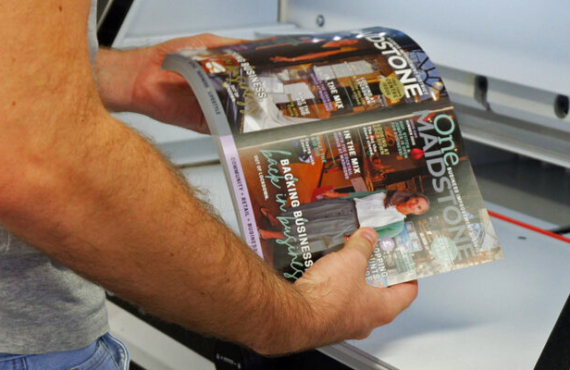 As the town centre’s Business Improvement District, a priority for One Maidstone after lockdown has been to support and promote the venues and traders it… 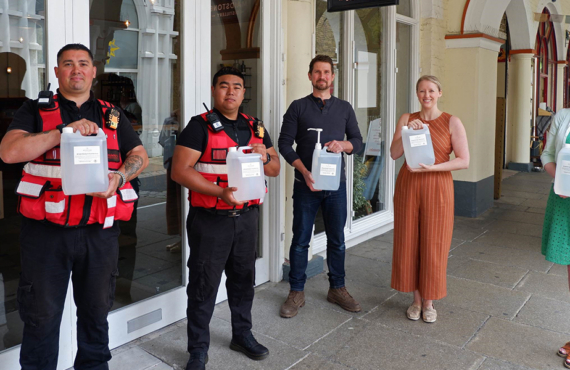 Maidstone Distillery gives town centre a hand with donations of sanitiser One Maidstone has facilitated a generous donation of hand sanitiser to town centre volunteers,…