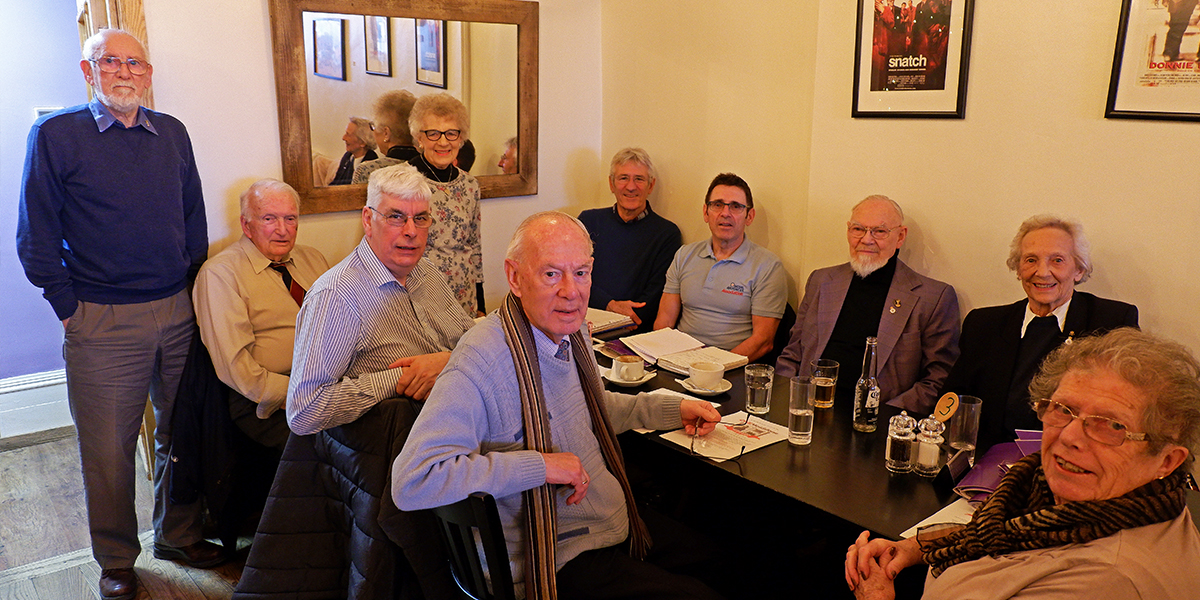 The One Maidstone Business Improvement District has officially launched its town centre campaign to mark the 75th anniversary of VE Day, entitled One Maidstone, 75 Stories.

Aided by the Kent Messenger newspaper, One Maidstone is looking for local residents to submit relatives who served in, or contributed to World War II, such as drivers, nurses, home guard, soldiers etc, whether they helped abroad, or more locally. 75 of these will be chosen to be commemorated on specially designed flags and posters of thanks, to be displayed across the town centre throughout the months of April and May 2020, with a significant number appearing on Arriva buses, thanks to the kind involvement of the transport brand.

Area Managing Director for Arriva Kent and Surrey, Oliver Monahan, explains why the project struck a chord with him:“Alongside the rest of the county and the whole country, Arriva through its originating companies, sent staff to the front line who never returned. We are honoured to be able to support this amazing project by One Maidstone to help our colleagues and customers in Maidstone remember those that were so brave in our nation’s hour of need. “

One Maidstone’s posters and flags will be unveiled at a launch event on April 8th, 2020, kindly supported by Arriva buses and Café Rouge, Earl Street, Maidstone. (Provisional date.)

BID Manager Ilsa Butler says of the project, ‘After the overwhelmingly positive response from the public to our Remembrance Day artwork displayed on the front of the Mall, we wanted to build on this appetite for honouring our heroes by creating a campaign for VE Day 75. This event hopes to have a celebratory feel, whilst acknowledging, and indeed thanking those at home and abroad who sacrificed their lives, or life as they knew it to serve, work and help the war effort, whether that was on the battle field, or on the home front. We hope that One Maidstone, 75 Stories will encourage families to investigate their own histories, and that some interesting stories about Maidstone’s wartime past are unearthed.’

If you would like to see your family member honoured, we will need the following information:

Please contact One Maidstone’s Marketing and Communications Manager Sarah-Jane, at

sarah-jane.adams@onemaidstone.com by March 1st to be considered.

Further details can be found at: